Denise Dumas is a sculptor and a multimedia artist. Her recent work combines sculpture and video to create installations. The artist’s work has been exhibited in solo and group exhibitions in galleries and museums in Canada and in the United States.

Ms. Dumas is the recipient of several grants and awards. After graduating from the Quebec Beaux-Arts, she obtained a scholarship to study in London, England. There she attended the Sir John Cass College of Art and continued at the Saint-Martin’s School of Art in the Advanced Course in Sculpture, studying with Antony Caro, Tim Scott, and Philip King, among others. She obtained her MFA degree in Creation at the University of Quebec, Montreal. Other major grants and awards were obtained from the Canada Council, the Quebec Council on the Arts, the SODAC, she was granted a 2010 Fellowship from the New Hampshire State Council on the Arts, and she is a Fellow of the Mac Dowell Colony, NH.

In addition, her work is part of public and private collections, among those are the Quebec Museum, Quebec City; the Lachine Museum, Quebec; The City of Longueuil, Quebec; College Edouard-Montpetit; Quebec, and Logan Airport, Boston MA.

Denise Dumas was born in Quebec City. She is now a resident of Wilton, New Hampshire, where she has her studio at the Riverview Mill. 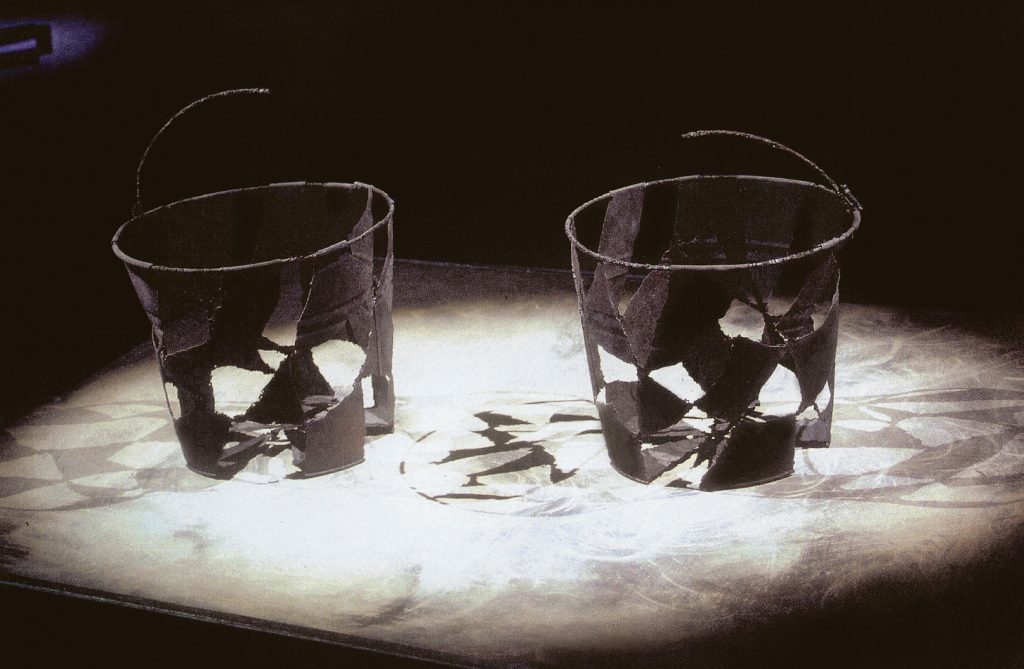 “One” (How can one thing be at two places at the same time?)

Pop-Mutherer
pour
make a wish
One